Several tracks brought me to write this book.

The first one is biographical. A regular, well-educated student, fascinated by the irregular creativity of squatted places and the beauty of industrial icons, I grew up as an architect in during a time when my city – Torino, the powerhouse of Italian manufacturing – saw 100 million square feet of factories emptied of workers and production within a few years. The instinctive attraction for the opposite became a professional commitment to urban regeneration and architectural reuse projects and, eventually, daily living experience: these lines are written from my desk, in a former coffee factory in the core of industrial Torino, now home to my family. 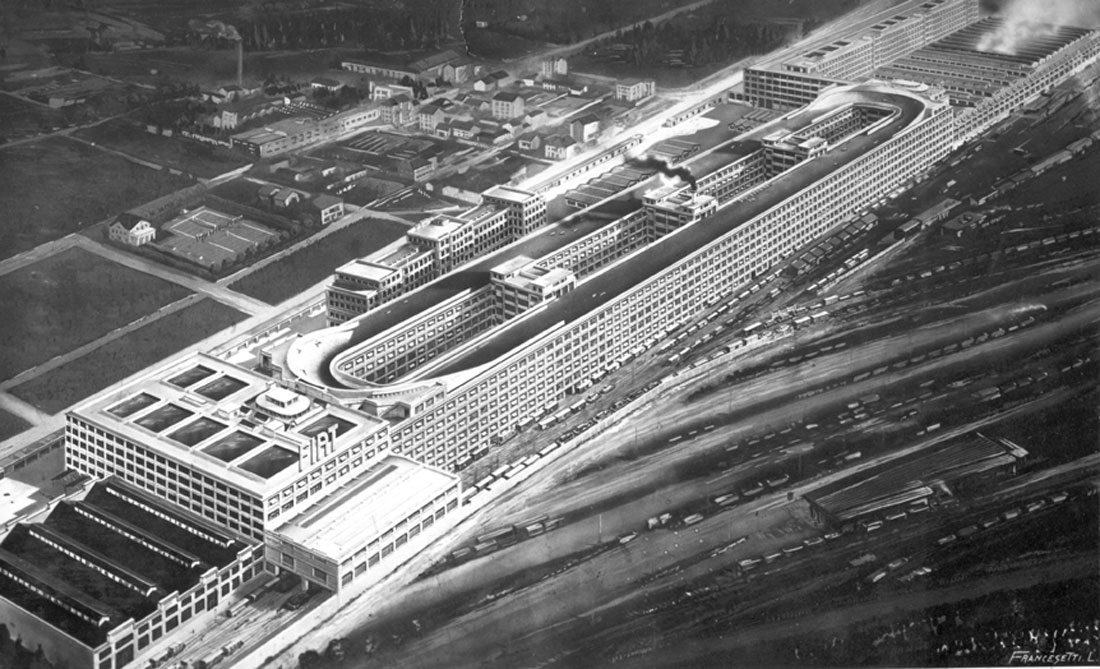 The second is political. I believe in bottom-up action, and a long part of my professional life has focused on the issue of basing architectural design choices on a participatory process. I started practicing architecture in 1992 in a country that had just been shaken by a major political and economical scandal – a shock Italy has yet to recover from – which undermined citizens’ trust in technicians and politicians. Public works and real estate were at the core of the unveiled system of corruption. Participation seemed a possible way to restore the legitimacy of architecture; experience brought inevitable disappointments. I grew skeptical about the effectiveness of formalized methodologies and the efficacy of steered processes. It seemed to me that a turn had occurred: from hands-up to hands-on participation. People took back city-making more when they acted directly to reshape places – with the support of professionals, when needed – rather than when they expressed their opinion in deliberative processes. And those places happened to be mostly reused spaces: where the legacy of the past – often industrial – provided the infrastructure for social, political, and economic innovation. As many stories in this book tell, it can prove difficult to build walls and a roof by yourself, but it is quite easy to occupy, adapt, and reuse an existing structure.

The third is theoretical. Teaching and researching in architecture, I always felt uncomfortable with the hype about “starchitects” and legendary heroes. The idea of architecture as the result of an individual act of genius is not only fake (there is no art that requires more coordinated and interpersonal action than architecture) but also inherently authoritarian, not to mention frustrating for the vast majority of students and practitioners. The financial crisis in 2008 put a (temporary?) stop to the inflationary growth of unreasonable and budget-cracking projects. The sudden, unprecedented availability of distressed assets and abandoned buildings all over the world led to an explosion of reuse projects, often directly led by communities that had been abandoned by authorities and developers. Good architecture could be produced even with small budgets, with and not against communities, in inclusive and incremental processes. A happy heteronomy of architectural practices provided not only a way out of the crisis but also an alternative to the ideal autonomy of architecture. Adaptive reuse testifies that architecture is the product of social practice, rather than an isolated, individual act of creation. It also redefines the role of the architect in society, as the creative enabler of social innovation in the city, whose invention is part of a broader conversation involving the many different actors of change.

The fourth is aesthetic. To appreciate (and to make) adaptive reuse architecture, you have to love hybrids, superpositions, overlayering, mix, contrast, contradiction. I suppose this is, first of all, a matter of taste – as were the late Renaissance paradoxical use of architectural orders, the Enlightenment passion for Chinese gardens and their irregular patterns, the Romantic love for ruins and contrasts, the Eclectic revival of styles that accompanied the first wave of industrialization, the Surrealists’ use of ready-made trivial objects, or the inclusion of commercial icons in Pop Art. What they have in common is the consciousness that we are always working on a legacy and the capability to incorporate heterogeneous sources and materials into creative production. This attitude seems to me fit for an age when experts – artists or technicians – can no longer claim a monopoly on content and standards, and the barrier between producer and consumer is weaker than ever.

The fifth is epistemological. Construction – from the Latin construere – federates knowledge and technique for the purpose of building. Specialization in practice and in research has increasingly traded the capability of integrating for the certainties of vertical excellency, supported by the multiplication of sectoral rules and assessments procedures. The inherently hybrid nature of reuse processes goes in the opposite direction and obliges disciplines – heritage preservation, building physics and technology, soil chemistry, real estate economy, urban planning, to mention the most involved – to rethink established frames and open up to more holistic approaches in order to cope with emerging issues and demands.

The sixth is practical. At least in Europe and North America, the future urban construction market will be predominantly reconstruction, upgrade, or reuse. Most of the stuff we will be working on in the coming decades will be the legacy of the past – the recent past, when the city became industrial and mass production introduced a new scale in city-making. And as economic growth and welfare grow in other areas, the attention to memory and demand for reuse will too. China is already shifting from the roughness of “clear & rebuild” to a more nuanced approach integrating preservation and reuse. On the very days that these lines were written, the mayor of Moscow’s plan to tear down and rebuild thousands of prefab Khrushchyovka estates – about 10% of the city’s housing stock – faces unexpected resistance both from intellectuals and inhabitants: in the name of reuse. It is a subject worth dealing with, if not out of curiosity, then at least out of opportunism.

The seventh, and last, is occasional. My undisciplined exploration of reused places found a more structured occasion for expansion in 2015 thanks to a German Marshall Fund Fellowship that enabled me to spend a month in US post-industrial cities to explore established and upcoming cases of adaptive reuse in a comparative transatlantic perspective.

This is a travel book, a manual, a theoretical essay.

As the second, it aims to be a tool for anyone interested in knowing more about adaptive reuse or becoming an actor in an adaptive reuse process in his or her community.

As the third, it attempts to explore the historical and theoretical implications of adaptive reuse practices, opening up avenues for future research. Written to be readable by all, it is mainly addressed to architects and professionals from related fields. Architects and professionals are the ones who most need to reframe their approach to city-making, which has been mainly shaped in a century when “new” was the watchword and authorship was the rule, to seize the opportunities and contribute to the growth of a promising field of activity. It is rounded out by a selected bibliography that provides the reader with a chronology and references for further reading on the topic.

Author: Maria Paola Repellino Excerpt from the essay “On the Intensity of Surfaces: Lycée Hôtelier…

Martina Zena was born in Sant’Agostino, the valley in the heart of the Emilia-Romagna region. At present, she is based in Milan.
Following a classical background, Martina studied at the Academy of Fine Arts of Bologna. Her staying at Fabrica (communication research center of the Benetton Group) was then crucial for experimenting and growing professionally, together with a multidisciplinary and international team. The experience highlighted her passion for hybrid forms of expression.

Participants will focus on the analysis of case studies of urban industrial legacy and urban production transformation. They will be asked to develop a toolkit (in terms of architecture, urban planning, landscape design, management, environmental and economic sustainability) and present it publicly at the end of the summer school.

Wednesday, July 17: intermediate presentation and discussion of the work carried out at the former I.C.O. Workshops in Ivrea;

Wednesday, July 24: public presentation and discussion of the final results.

FULL is pleased to announce the lecture “: Coping with Crisis in Developmental Urbanization: The Case of Songdo City, South Korea” of prof. Hyun Bang Shin, a geographer at London School of Economics.

The lecture is co-hosted by the doctoral programmes in Urban Regional Development and Architecture, History, and Project, in collaboration with China Room.

Coping with Crisis in Developmental Urbanization: The Case of Songdo City, South Korea

This lecture aims to examine the underlying political economy of mega-project promotion in times of post-crisis recovery, looking at the case study of Songdo International City in Incheon, South Korea. This mega-scale urban development project, built on a 5,345-hectare reclaimed land, is widely known as the first foreign-led urban development project in South Korea. However, Songdo needs to be understood as space where various domestic and foreign actors have interplayed to pursue their material goals at different stages of development. In particular, two economic crises, which affected Korea in 1997 and 2008, were acting as significant drivers of development, producing shifting relations between different actors. By investigating the consequences of two crises upon Songdo, this chapter will show (1) how the variegated nature of urbanisation and associated stakeholders have engaged in an urban mega-project, (2) how their dynamics have shifted, and how speculative interests of different scales have become dominant in the development process of Songdo International City.

Prof Hyun Bang Shin is Professor of Geography and Urban Studies in the Department of Geography and Environment at the London School of Economics and Political Science. He is also the Director of LSE Saw Swee Hock Southeast Asia Centre. Prof Shin’s research centres on the critical analysis of the political economy of urbanisation with particular attention to cities in Asian countries such as Vietnam, Singapore, South Korea and China. Prof Shin has published widely in major international journals and contributed to numerous books on the above themes. His most recent books include Planetary Gentrification (Polity Press, 2016), Global Gentrifications: Uneven Development and Displacement (Policy Press, 2015), and Neoliberal Urbanism, Contested Cities and Housing in Asia (Palgrave Macmillan, 2019). Other forthcoming books include The Political Economy of Mega Projects in Asia (Routledge) and Making China Urban (Routledge).